Out of the box the last few versions of Windows Server have had a substantial focus on security which is in general a great thing. However if you’ve experienced the “fun” wonders of not being able to RDP or ping your newly setup Windows server or have encountered issues with it after changing networks you may want to check your network location to see if it shows as Private or Public. Not only do these have a vastly different set of default firewall rules in general any network you connect your server to should be a private network.

Great, so how do we change the network location? Well for starters you can’t simply click the location and change it to public like you can on a Windows desktop machine. To change this we’ll need to enter the run dialog box (right click start and choose run). Then type secpol.msc and hit enter. 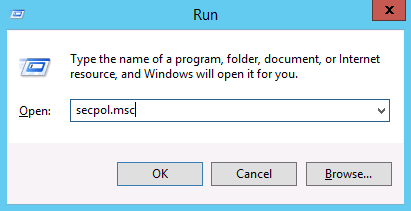 Once you’ve done this you will want to choose “Network List Manager Policies” on the left hand side of the msc window. 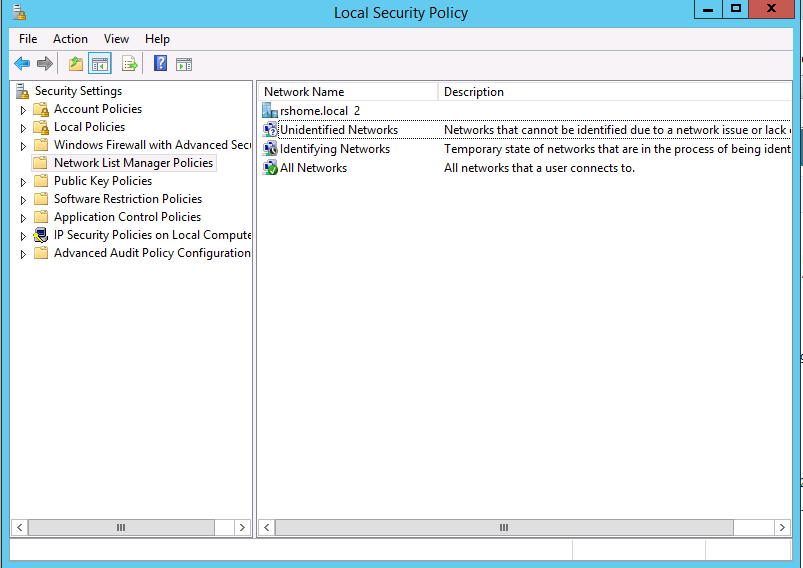 Next we’ll right click “unidentified networks” and choose properties. The following window will appear, select the radio button for “private” and click ok. You should now see your network change from public to private. 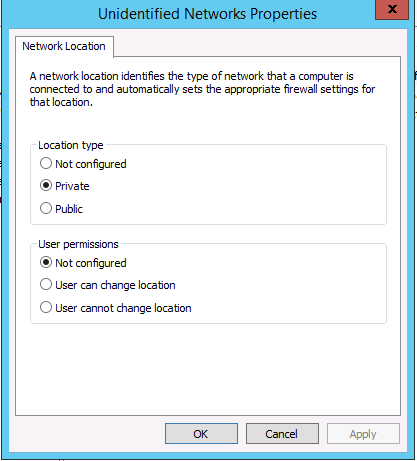 Greetings! I am usually posting stuff fairly in the weeds server side, but I thought I’d pause for a few and write up an article for all my average user friends out there. I often get asked for my recommendations when friends and family are looking to buy new computers. I frequently recommend getting a used (but not used up) enterprise grade Dell laptop because the damn things are bullet proof and easy to repair, and parts are cheap. Rarely it seems does anyone actually take me up on my advice, except my good buddy Josh who is still loving the crap out of his Dell. In any case the biggest reason friends and family are after new laptops is that their laptop feels slow. Usually at this point the computer is about 2-4 years old and the speed just isn’t what it used to be.

While there are multiple factors that contribute to slow (usually too many background process, spyware/malware/greyware/bloatware, etc) if you find your computer still running like crap even after a fresh install of Windows it may not be time to toss it aside just yet. If your machine has at least an i3, i5, or i7 (if you have no idea what I’m talking about look at the Intel sticker or right click “My Computer” and click properties) or the AMD equivalent you can do a few things to speed things up. If you do not have at least 4gb or RAM in your machine look into upgrading your RAM. This can be done easily, and the right RAM can be acquired off of http://newegg.com using their memory finder tool, or by going to Crucial’s site and using their scan tool.

Aside from RAM the biggest bottleneck in your computer is your slow magnetic drive. Most cheap laptops (under $1000) come with a 5400 RPM drive which is an absolute joke for performance. You can have the world’s most badass processor and if you have a 5400RPM drive you might as well have a crappy Celeron. As magetic drives grow older they start to perform poorly and often die around the 4 year mark. Before they get to this point they can get unusable (the beachball on Mac or the spinning wheel of non-deterministic time on Windows). If you’re in the market for a new computer you know what I’m talking about…where launching Google Chrome takes so long you go make a sandwich while you’re waiting. In any case a SolidState harddrive will solve all of these woes and breathe new life into your machine. I recently replaced my mother-in-law’s old magnetic disk with an SSD and the results were off the charts. With the old spinning disk drive it would literally take 3-4 minutes to boot and be usable. With the SSD the same load of Windows (I cloned the contents of the old drive) clocks in at about 7 seconds for boot time. The use case for this laptop is word processing, web browsing, and watching Netflix. Why spend $500 on a computer that’s moderately faster at best that you’ll be replacing in 2 more years for the same reason when a $120 drive will give you better results than a new sub $1000 laptop.

The major obstacle here I think is that taking apart a computer to replace a hard drive sounds daunting. It generally speaking isn’t (unless you have an all in one touchscreen computer or an Apple iMac). For the most part it’s as simple as removing a few screws, pulling out the drive, unscrewing the old drive from the mounting bracket (usually 4 screws), putting the new drive in the bracket, re-inserting the drive and closing it up. When it comes to getting all of your stuff back there’s a few options, the first is to backup all your files, music, pictures, etc to an external drive before replacing your hard drive, then booting the Windows installer disk and away you go. The second option is to go on Amazon and find a SATA to USB converter for about $10 and order this with your new drive. Then following my CloneZilla instructions (http://richsitblog.com/index.php/2015/05/01/drive-cloning-with-clonezilla/) you can clone the contents of your old drive to your new SSD before replacing the drive and you’re all set.

By the way as someone who owns multiple computers my go to computer is a 4 year old Dell E6220 with an i5, 8gb RAM, and an SSD runnign Fedora Linux. I would pit this up against any new $300-$500 computer and it would win. I literally paid $250 for this laptop, and picked up a docking station for $8 at a computer recycling store. When I was dual booting Windows and Linux on this prior to loading Fedora it kept up with my Surface Pro 3 just fine. Anyways enough of my rambling, I hope this inspires some of you to look into saving some cash, saving some waste, and getting the most out of what you have with less money. Stay tuned for more fun stuff!